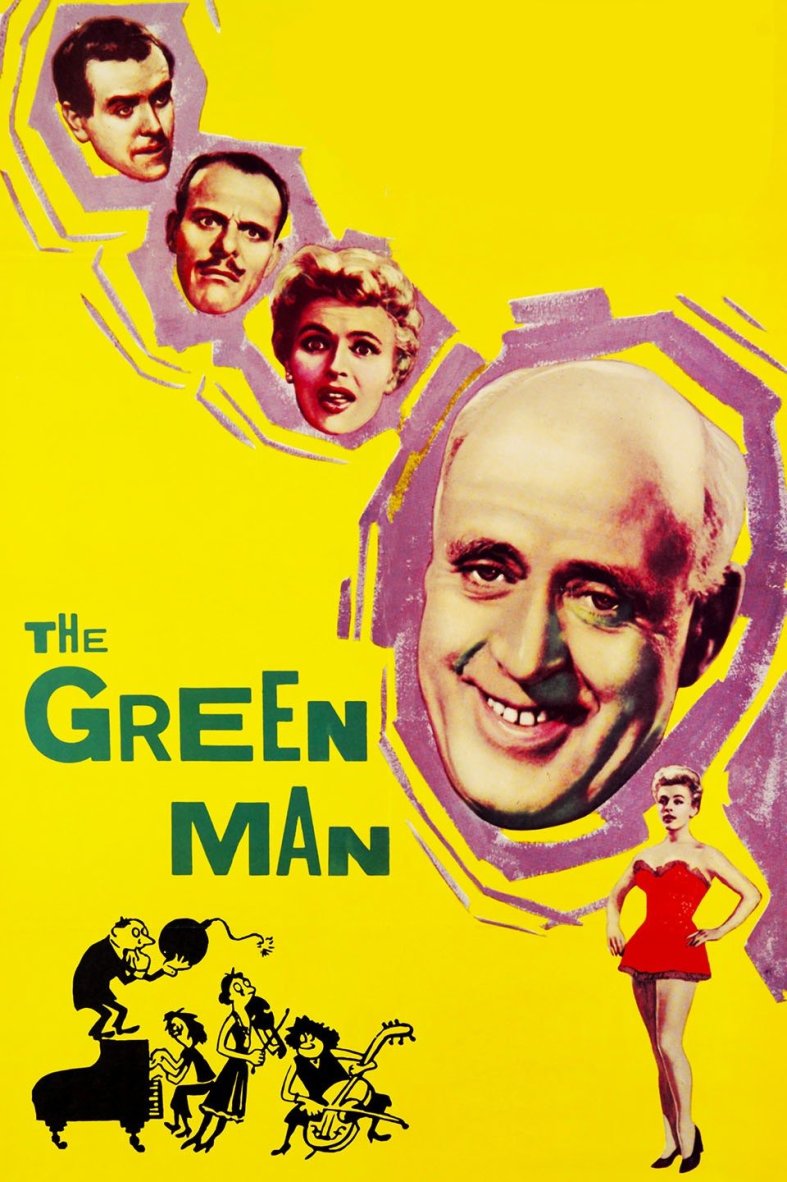 Thank goodness for library book sales: or in this case, a DVD sale too. I happened across this film which I’ve never seen (in a double pack with School for Scoundrels, which one can never have too many copies of). It’s the kind of movie that could never get made now. Sim plays a bomber who assassinates folks he considers the world to be better off without — starting in childhood with a sneering headmaster. Clearly we’re meant to have sympathy for his career, which he suspends during the war years because of ‘too much competition’ :-D.

I figured I could at least link to some clips but the ‘tube is bereft of them. The BFI has a good write up and some clips, but you have to be logged in. Debut director Robert Day went on to Tony Hancock’s The Rebel amongst other things and the cast is chockfull of familiar faces from Terry-Thomas’ Lothario and George Cole’s hapless vacuum-cleaner-salesman William Blake (hahaha!), to Dora Bryan playing dim but unlucky and Jill Adams playing smart but hapless.  Producer/writers Launder and Gilliat are of course best known for the St. Trinian’s films. This movie is based on their play ‘Meet a Body’ (no mention of rye).

There are mix-ups, misunderstandings, a protracted chess game, hijinks with a piano and a good bit of farce. In short, it’s great fun. As I also got the box set of St. Trinian’s films, my weekend is all set for laughs.

2 thoughts on “Film for a Friday: The Green Man”