Click on the image to buy: ebook or paperback, the choice is yours.

Paladin: noun, historical – a warrior that is fully devoted to kindness and ridding the universe of evil. Paladins is an apt description for the contributors to this charity anthology. This publication has been put together by a whole community of writers who have each written a story especially for this title. The stories all feature a person, or persons in distress and with someone, the knight-errant coming to their aid. Sounds cosy doesn’t it? Well, did I mention that the contributors write gritty tales and have crazed imaginations? Expect pain. Expect violence. Expect…the unexpected. But most of all, expect great stories, written with heart. This anthology was inspired by a very special lady called Henrietta Furchtenicht who was given six months to live when she was diagnosed with Mulitple Myeloma over four years ago – Henri’s battle continues. All proceeds from this book will be going to the Multiple Myeloma Research Foundation.

You can now pre-order the crime collection in honour of Henrietta Furchtenicht, for which all proceeds will be donated to the Multiple Myeloma Research Foundation. A whole bunch of crime fiction writers who know the real hero is the one who has empathy for those who fight every day in small ways.

Also that man Darren Sant has been busy recording audio teasers for the collection; check them out [my story ‘Inevitable’ up soon]: 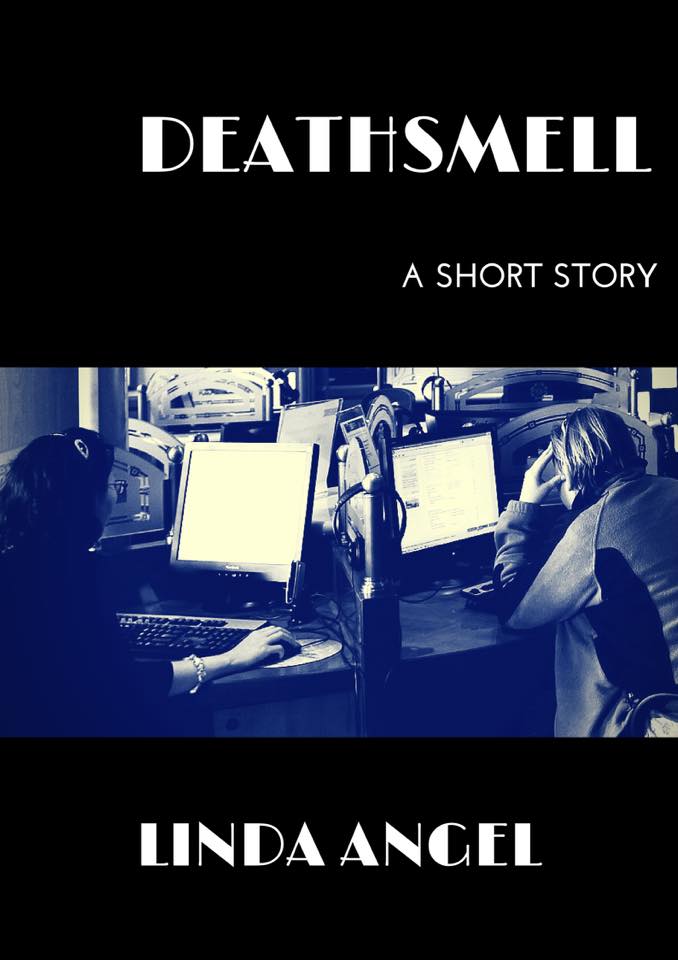 Coming soon: Paladains – Stories for Henri charity anthology in support of Craig and Henrietta Furchtenicht and the Multiple Myeloma Foundation.

What I’ve loved most about putting this collection together is the variety. Deathsmell from Linda Nagle is a quite brilliant piece that I’ve really enjoyed reading… Imagine if Dr Seuss wrote stories for adults with imaginative swearyness… That!

Look for the Paladins, warriors who protect. Balancing the scales of justice is just part of the job for David Jaggers. From a new anthology put together by Aidan Thorn to honour of the courage of Henrietta Furchtenicht. These gritty stories have one other thing in common: they’re all about people who step up to the fight because they see someone in need. All proceeds from the sales will be donated to Myeloma Foundation. 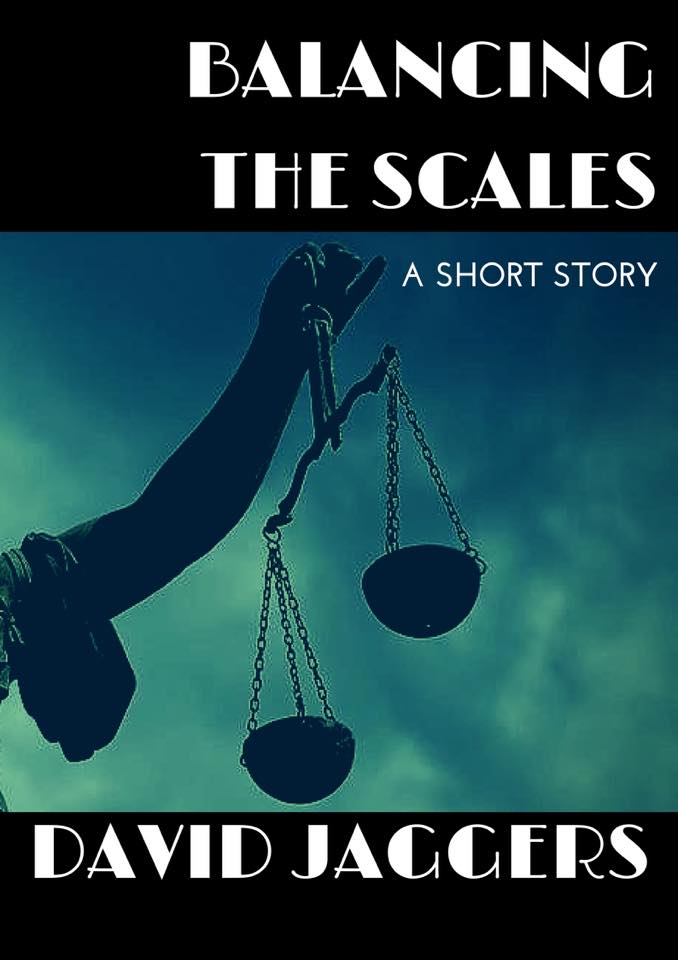 About the end of February there will be a new anthology put together by Aidan Thorn to honour of the courage of Henrietta Furchtenicht. These gritty stories have one other thing in common: they’re all about people who step up to the fight because they see someone in need. All proceeds from the sales will be donated to Myeloma Foundation.

A few years ago I would have never imagined myself writing these words on the night before Christmas 2015. When my oncologist first diagnosed me with Multiple Myeloma in June of 2012 he only gave me 6 months to live. I was already in the last stage of this rare form of blood cancer that attacks the plasma cells found in the bone marrow. At the time of my diagnosis I had seven broken ribs on my left side. He told me that there was no cure for my type of cancer. We could only treat it to the point of remission with high doses of chemotherapy and stem cell transplants. This is when I was first introduced to Dr. Guido Tricot, the finest oncologist that Belgium has ever produced. He has kept me alive, though at times I thought he was trying to kill me in the process…

My story ‘Inevitable’ is a creepy tale of nuisance neighbours that gets more and more dangerous as the hours pass by and the vengeance escalates. Yes, of course it’s also a Fall song title.

In the coming days I’ll give some more teasers of what’s in store from this great slate of writers, writing from the heart — and kicking you in the gut. 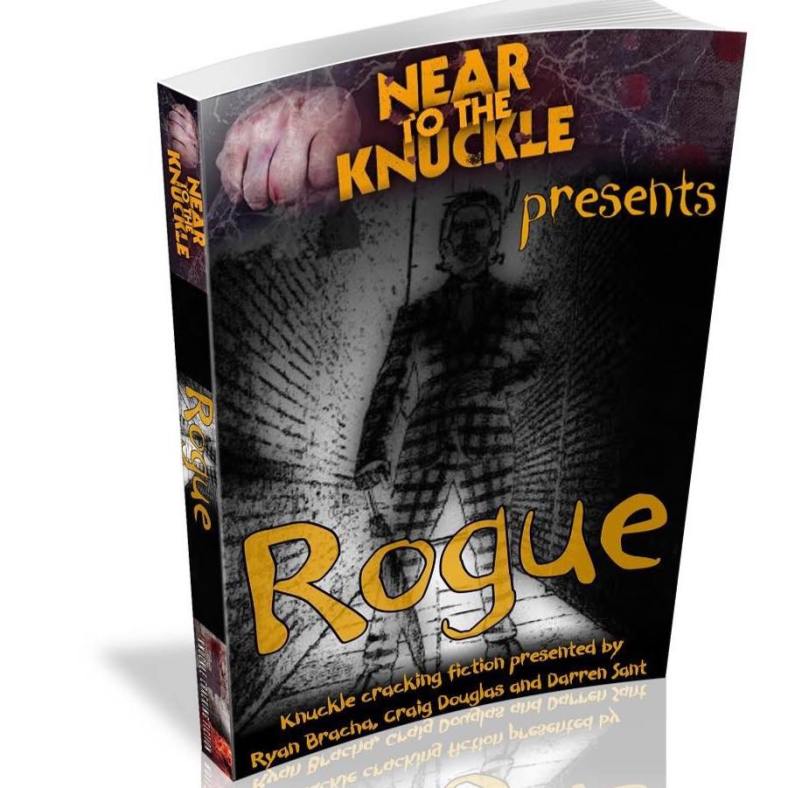 The Brat Snatcher is a twisted little tale about a guy who scratches out a living by terrorizing delinquent children back to the straight and narrow. Sort of like a street level Dr. Phil, if you will. The fact that the parents of his victims pay for his services only helps him justify his choice in professions. He thoroughly enjoys the brutal aspect of his job and loses not a single wink of sleep when things get out of hand. His one redeeming quality is unveiled as the story winds down and we get to see that even the most sadistic bastard has a little compassion locked away inside them somewhere.

If they were giving out free passes for crimes of my choice, I would go with assault by shopping cart. The old lady at the checkout line with a fistful of coupons, ten rolls of pennies and way more time on her hands than I have patience for. I would take out more screaming children and annoying A-holes with cell phones than Frankenstein on Death Race 2000. It would be sweet.

A few years ago I would have said Chuck Palahniuk, because his stuff is truly phenomenal. These days most of my reading material comes by way of the indie scene. The words crafted by my fellow Rogues as well as many other independent writers have stuck with me in a way that traditionally published books cannot.

I would have to say that Natural Born Killers pretty much sums up the criminal way of life. Who wouldn’t want to spend a day in the boots of Mickey or Mallory Knox?

On paper I am a master manipulator with a knack for bringing my devious plans to fruition. In reality I would probably get caught before I even stepped out of the house.

Buy it at Amazon US or UK. 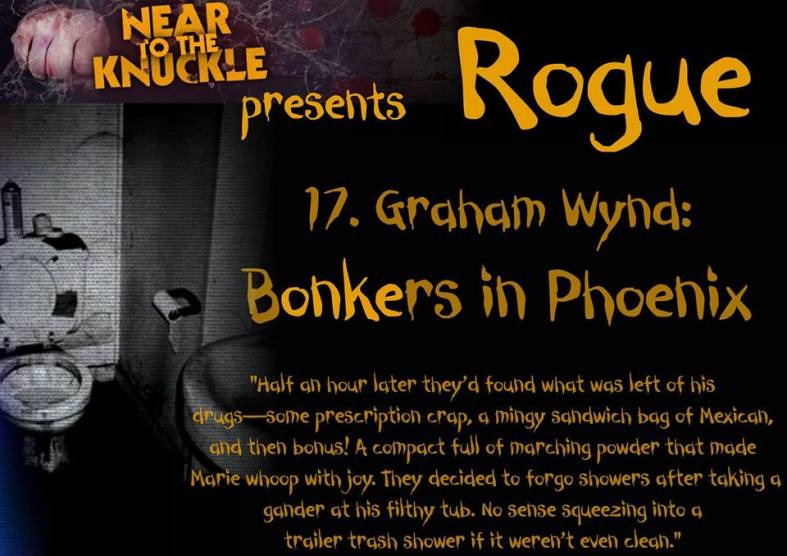 Get your Rogue on! Yes, the hard-hitting anthology of 22 killer tales is out now from Near to the Knuckle. Watch the trailer and check out the list of names included —

You find yourself on the wrong side of town. It’s late and your only option is to walk down a narrow pitch-black alley. Your heart is pounding. You’re sure that you can hear footsteps, but there’s no one in sight. The sound of soft feet approaching, is getting ever closer. You start to break into a jog. There’s a light at the end of the alley but suddenly a figure steps from the shadows. He is smartly dressed and smiling and yet you have a bad feeling about this. He reaches into his pocket…

Buy it at Amazon US or UK. Listen to the Fall song that inspired my story.