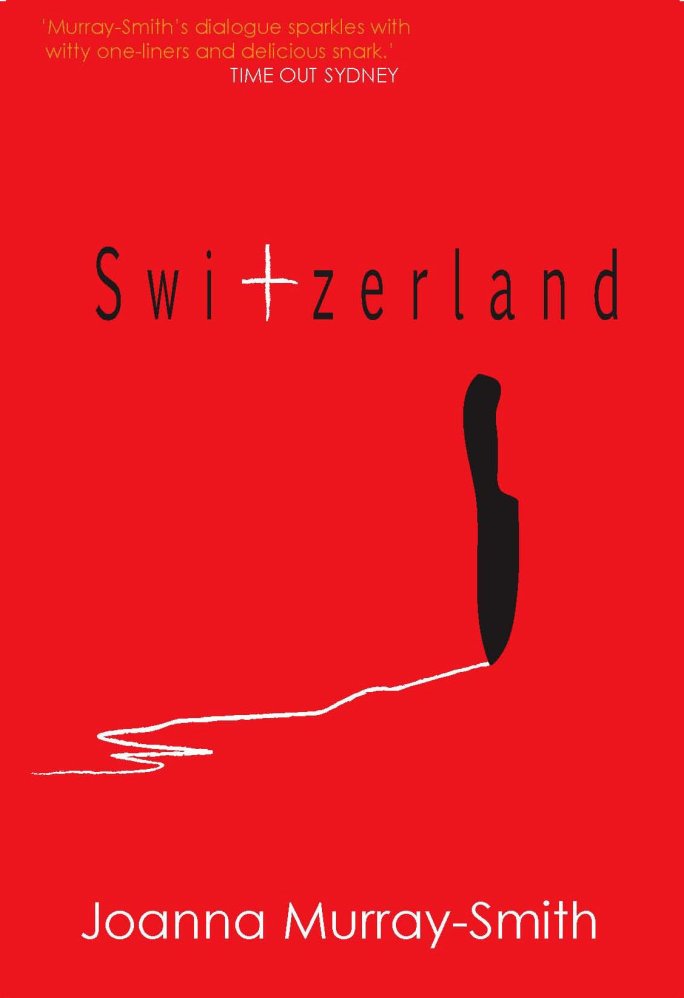 Continuing the summer obsessions (although being back to campus is the painful way of telling me summer’s over) of Highsmith and Spark, I have two plays coming up: the first is Murray-Smith’s play imagining Patricia Highsmith meeting a mysterious visitor who seems rather Ripley-esque to anyone who’s read her. There was a production in Bath that I couldn’t get to which whetted my appetite and made me wonder why I’d never heard of this though the LA version of the simultaneous debut of the play starred Laura Effing Linney. Wow. I would have loved to see that.

Probably the reason I didn’t hear about it despite having an ear for any mention of Highsmith is that LA critics were mostly ‘meh’. Insane: I swear sometimes I think no one in that city understands humour (which would explain most American ‘comedy’).

This play is crackling dark fun. If you know Highsmith at all, you know how things will turn out but it is great fun seeing just how they get there. Murray-Smith clearly has a great love for Highsmith and her writing (so much so that she hints some of the author’s most repellant personal characteristics might be played up for effect, which I rather doubt but I can see the appeal of thinking so). She captures her, right down to the snails.

Edward Ridgeway (‘Was there ever a more ordinary name?’) arrives in the titular country, emissary from the publisher who wants to squeeze one more Ripley tale our of the irascible and aging writer. Sure, it will make money for them but it will seal her legacy from being ‘…varied.’ Not that she’s dying: ‘Not quite on my deathbed, if that’s what you’re looking for. But let’s say, it’s freshly made up.’

Great fun and I hope to see a production some time. What fun this two-hander must be to perform.

See all the FFB gems at Patti’s blog.

New crime coming atcha soon: from Fox Spirit Books it’s You Left Your Biscuit Behind. Here’s a teaser from my noir story with a twist, “Elf Prefix”: 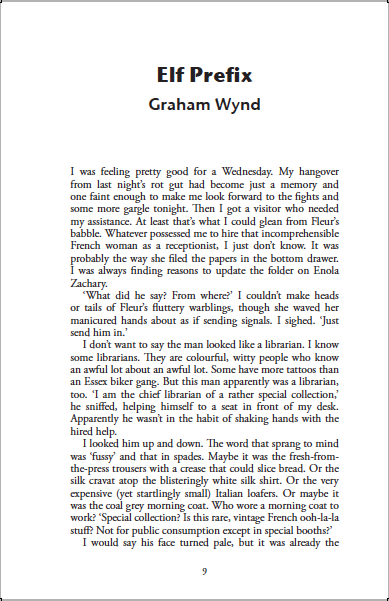 Yes, of course that title’s a nod to a Fall song. Did you expect any less?

You Left Your Biscuit Behind is our crime & crime mashup anthology due out in 2016.

The running order is subject to change but currently looks like this:

Elf Prefix by Graham Wynd
Between Love and Hat by Jay Eales
Black Glass by James Bennett
No Mercy by Kate Hollamby
That’s the Way the Cookie Crumbles by Penny Jones
Feeding the Fish by Carol Borden
Mermaids in Cape Town by Mame Diene
Patron by E.J. Davies
The Price of a Biscuit by Kate Coe
The Princess, The Pekingese and the Ivory Box by R.A. Kennedy

Cover art will be by Michaela Margett

Yes, another Fall-inspired title there from me, with pulpy occult tendencies (pace Todd) to get you ready for the glory that will be the forthcoming Satan’s Sorority.