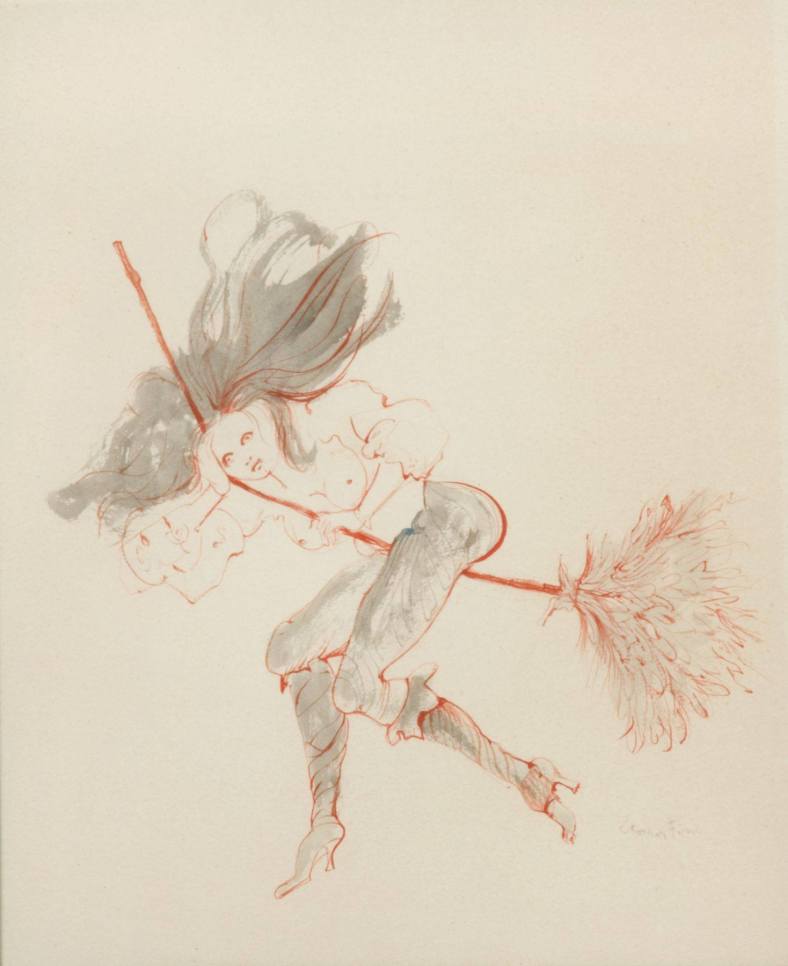 There are so many influences on Satan’s Sorority, some of them direct, others more subtle. There’s an offhand mention of the avant-garde artist ‘Leonorini’ performing rituals in the early 20th century. I just wrote a brief prequel of sorts for the Near to the Knuckle big Halloween Extravanganza. Keep your eyeballs peeled for that — and your ears! Darren Sant is going to be recording the works for your aural pleasure. In my story I write about Leonorini’s big debut splash in NYC, where art and magic cross paths.

I swiped her name from the very real avant-garde artist Leonor Fini, who has long fascinated me. Her work taps into the mythic and magic effortlessly. The illustration at the top is her sketch of a witch. She used masks and transformed the ordinary into the extraordinary. Benjamin Britten wrote a play about her. She designed costumes and decorations for theater, ballet and opera, and later in life she wrote novels. In short, genius.

I realised when it comes to the actual magic, however, what I was seeing was the singular vocal talents of Diamanda Galás. If you ever have a chance to see her perform, take it. There’s nothing like it.

Surreal artists like Leonora Carrington, Lee Miller, Remedios Varo and more have been too often overlooked by the mainstream. The newly released Eve’s Hollywood by Eve Babitz will doubtless stir up the wilder side of the art world. There’s revolution in the air, thanks to some spooky women. And I just discovered this lovely version of the Classics IV tune yesterday: lovely, ain’t it?