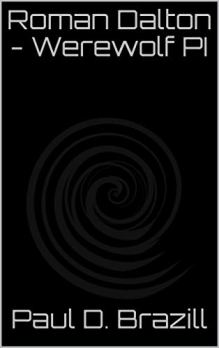 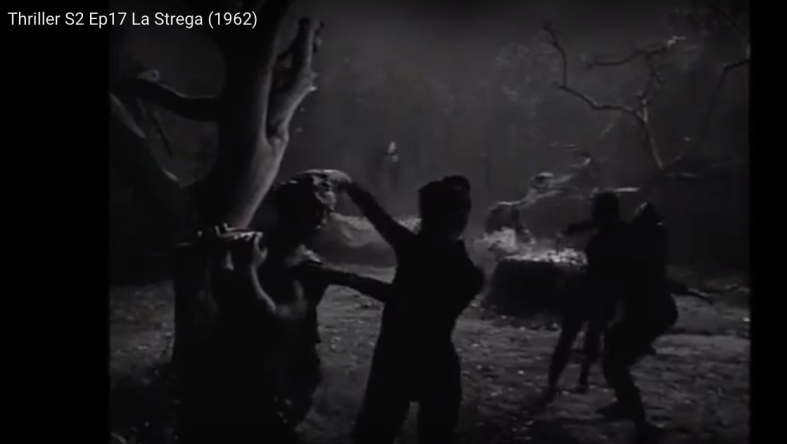 Supernatural Noir
Paul D. Brazill
Near to the Knuckle/Close to the Bone

Werewolves, vampires and other creatures of the night prowl the neon and blood soaked streets in this sharp short story collection that places the supernatural in a hardboiled noir world.

Honestly, I probably have read most of the stories in here before — hell, I probably own them in other collections, but I always grab the latest from Mr B just in case there’s anything I missed. I didn’t even know how much I missed Roman Dalton, his werewolf detective, until I started reading through the stories again. Netflix ought to swoop in and bag those stories for a new series.

There’s a mix of other protagonists here, too — a variety of one-offs like ‘The Liberator’ that nonetheless fit in the same dark demonised streets that Roman roams. Like Lenny said, you want it darker? Then this is your world. Howl at the moon and watch your back.

He’s even got a playlist for the book! 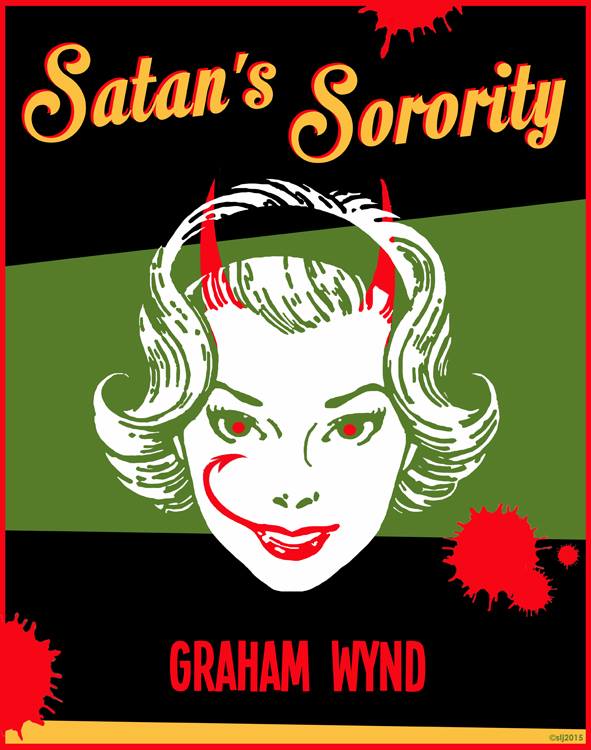 It’s not an abacus. #RIP 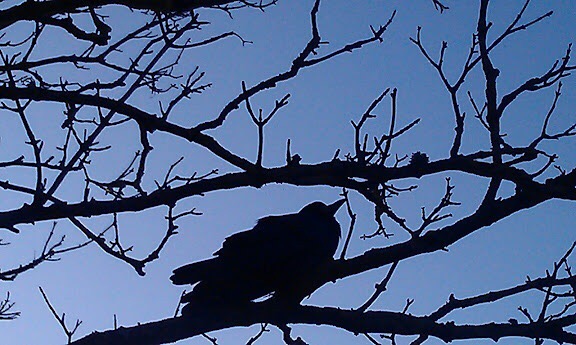 Fabulous version of the MR James story with Michael Hordern, directed by the esteemed Jonathan Miller and featuring the Norfolk coast. 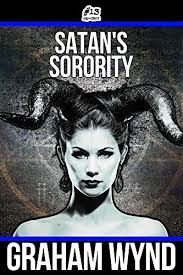 In Satan’s Sorority, I wanted to explore the idea of crime that uses occult connections even if there’s nothing supernatural happening (it’s open to interpretation, of course — the characters certainly believe something diabolical occurs). Admittedly my forthcoming story Elf Prefix, which again mixes up crime and the occult, is a little more beyond acceptable reality, but I’m interested in the ways the occult has been used to cover up or shield crime.

You don’t think of Dashiell Hammett as a ‘fantasy’ writer, though he did pen a short supernatural tale of a magician and his assistant (‘Magic’). But he was aware of how the occult could be used to con people — he was always interested in how people manipulated one another. After all, many cults are just a way to swindle folks — another big con.

The Dain Curse has a fascinating occult motif in the middle of it. California has long been the hotbed of strange cults so it’s not surprising the Continental Op would run up against one. The Temple of the Holy Grail supposedly resurrects a sort of druidic practice of Arthur’s Britain. While guarding Gabrielle Leggett, inheritor of the curse, the Op discovers her blood-soaked with a dagger in her hands, confessing to murder.

Entering the temple itself through a ‘small iron door’ he sees ‘dim stars in a night sky’ as they walk over ‘a floor of white marble, or pentagonal tiles that imitated white marble…The light glittered and glistened on a wide altar of brilliant white, crystal and silver.’ The victim lay upon the steps pooling blood.

Later as the Op tries to protect Leggett in her room, he’s aware of the persistent smell of dead flowers intensifying. Then he sees something weird:

Not more than three feet away, there in the black room, a pale bright thing like a body, but not like flesh, stood writhing before me. It was tall, yet not so tall as it seemed, because it didn’t stand on the floor, but hovered with its feet a foot or more above the floor. Its feet—it had feet, but I don’t know what their shape was. They had no shape, just as the thing’s legs and torso, arms, and hands, head and face, had no shape, no fixed form. They writhed, swelling and contracting, stretching and shrinking, not greatly, but without pause.

The Op figures things out eventually–and as you might suspect, the cause of the seemingly supernatural vision has a lot to do with the strange smell and suggestibility, but it’s worthwhile thinking about how even the hard-nosed Op can be thrown off kilter by what appears to be inexplicable. You might breathe a sign of relief when the Scooby-Do ending gets revealed, but for a time even the hard-boiled reader might be willing to suspend disbelief for a time.

See all the overlooked books at Patti Abbott’s blog.

One for the music fans amongst you: you may know Hand’s work from the Cass Neary stories (if you don’t know them yet, waste no time diving into Generation Loss and then jump into Available Dark and Hard Light). While Cass brings a punk sensibility to the rebel photographer’s life, this novella explores the harder edge of alternative folk music in the sixties. Wylding Hall is of course the place where the mystery happens and the narrative unfolds like one of those Behind the Music docos.

After the tragic and mysterious death of one of their founding members, the young musicians in a British acid-folk band hole up at Wylding Hall, an ancient country house with its own dark secrets. There they record the classic album that will make their reputation but at a terrifying cost, when Julian Blake, their lead singer, disappears within the mansion and is never seen again. Now, years later, each of the surviving musicians, their friends and lovers (including a psychic, a photographer, and the band s manager) meets with a young documentary filmmaker to tell his or her own version of what happened during that summer but whose story is the true one? And what really happened to Julian Blake?

Like all of Hand’s books, it cracks right along with indelible images, told through the different voices of the band members and the others who become entwined in the tale. The mystery of what has really happened to Julian deepens as the ‘eye witnesses’ of course don’t agree — and don’t see the same things. There’s a familiarity with the music world that will satisfy fans (showing Hand’s encyclopedic knowledge of the field with such touchstones as Brian Jones’ The Pipes of Pan in Joujouka), a touch of the supernatural (or is there?) and a lot of emotions boiling under the surface of a tight-knit group, as you would expect. All of which makes for great fun.

On folk songs: ‘It’s a kind of time machine, really, the way you can trace a song from whoever’s singing it now back through the years—Dylan or Johnny Cash, Joanna Newsom or Vashti Bunyan—on through all those nameless folk who kept it alive a thousand years ago’

‘He reminded me of Syd Barrett. Oh god, I thought, another fucking acid casualty.’

‘As soon as he opened his mouth and began to sing, the room fell quiet. Not just quiet: dead silent. I’ve never seen anything like it. Like a freeze-frame in a movie. Nobody spoke, nobody moved. Nobody breathed. I know I didn’t, not for half a minute. It sounded as though he were whispering the song into your ear.’

‘Truth is, often Lesley got the fuzzy end of the lollypop. Didn’t get enough credit for the songs she wrote or the arrangements she came up with, didn’t get credit for how much of our live performances she carried.’ 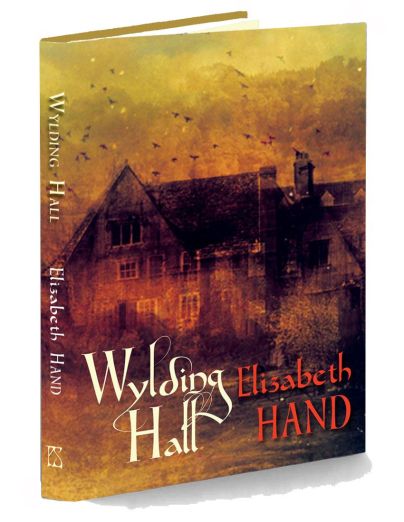 Another fistful of fun from Blackwitch Press. A bunch of terrific writers run away with Paul D. Brazill‘s werewolf detective Roman Dalton and the dark madness of The City. Matt Hilton brings ‘Booze and Ooze’ while Vincent Zandri takes on ‘Full Moonlight’. ‘Chances Are’ you’ll enjoy Carrie Clevenger’s fresh take on the old cop tale. Ponzi schemes from JJ Toner, darkness from Veronica Marie Lewis-Shaw and wild times from Chris Rhatigan, Ben Sobieck and Ben Lelièvre. The lad himself rounds out the collection with ‘The Brain Salad Murders.’ Spend a night with the werewolf detective and you’ll never be the same again — and who’d want to be?